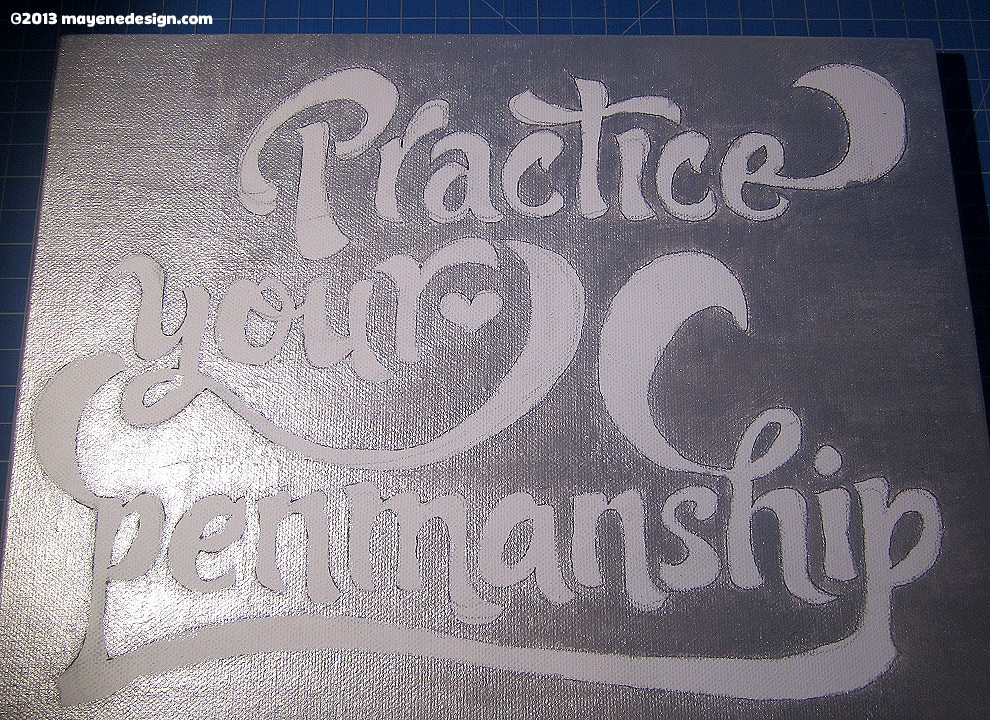 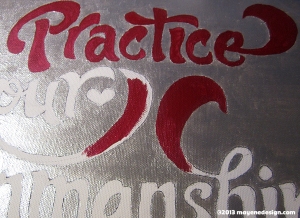 I started with painting the canvas an iridescent bright silver. It’s been a while since I’ve worked with shimmery/iridescent paint. I brushed on a few layers of paint over the course of a few days — this was killer (no, I don’t mean that I locked myself in a not-so-well-ventilated room while I inhaled acrylic paint fumes) because I had to be patient with each coat of paint before I could get to some actual glittering. 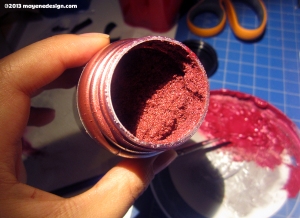 I had actually purchased some red and black pearlescent pigment to mix in with the red and black paint I bought, but I decided it wasn’t going to be good enough for the finished piece. I mixed in some of the pigment with the red paint and painted a coat of red for the actual lettering since I needed a base color underneath the glitter I needed to apply. I’m actually using glitter glue, which is less messy than trying to sprinkle clumps of glitter onto painted letters. 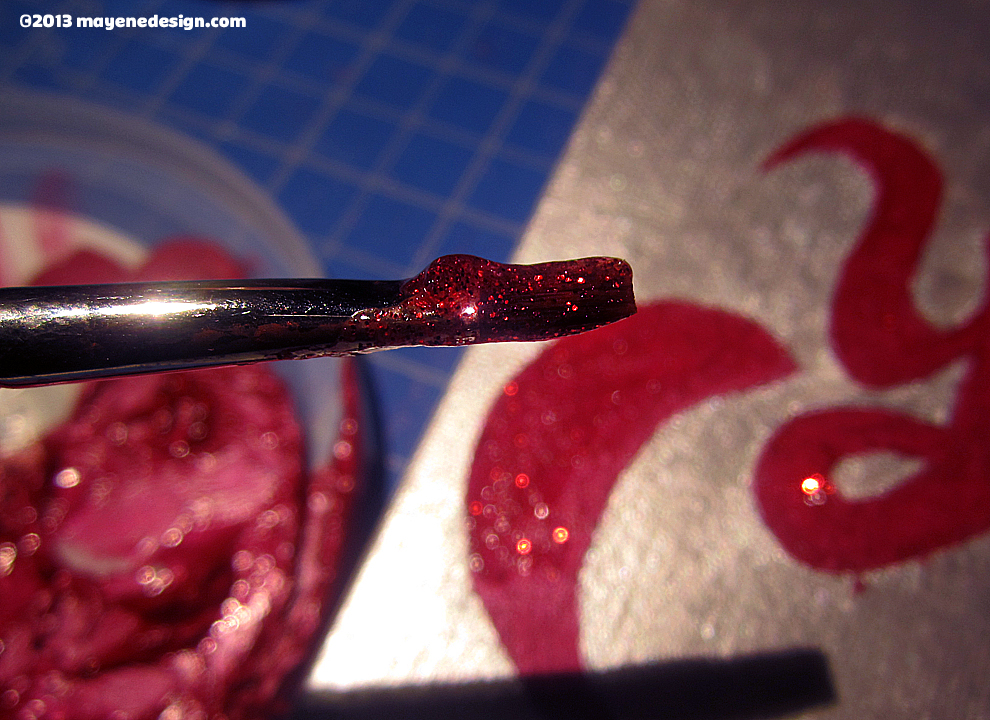 Of course, this layering process will probably take forever before I get to the result I want, and this isn’t even counting the black outline and glitter I still want to do around the red lettering. Yay glitter! 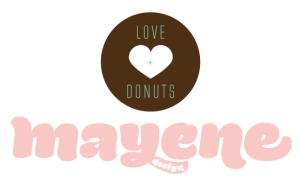